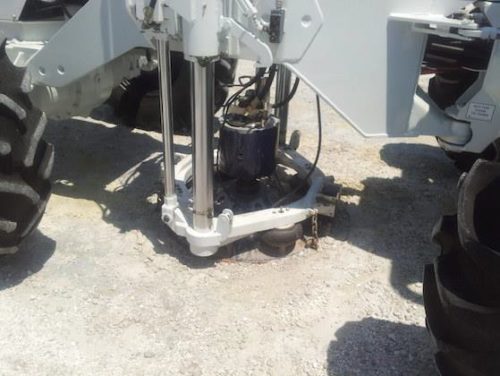 We measure the change of CO2 flux during the passing of seismic waves.

Local or distant earthquakes are known to affect hydrogeological system, and in particular, volcanic fluid discharge (e.g. Hill et al., 2002). This effect led to several cases of CO2 intoxication or death (Witham et al., 2005). However, the complex mechanisms behind this change of fluid discharge are still not fully understood, and the following questions remain. 1) Does the discharge flux instantly change during the passing of seismic waves or does it occur with a delay? 2) Does the permeability change is restricted during the time of pressure disturbance?

To our knowledge, these two questions remained largely unanswered prior to our work. Indeed, real-time observations of CO2 fluxes during the passing of seismic waves have never been carried out, probably because gas fluxes are usually not measured at a sufficiently high sampling rate. To help address these questions, we investigated, for the first time, the instantaneous variations of diffuse CO2 degassing during the passing of seismic waves. We focused on the Solfatara volcano (Italy) because this crater is the main degassing area of the Campi Flegrei caldera, with a direct and diffuse degassing of ~2000 t·d-1 of CO2.

The CO2 flux was measured using the accumulation chamber method with a high sampling rate (10 Hz) during a series of seismic waves induced by a vibroseis truck (Fig. 1). Seismic waves consisted of three 15-s-long vibrations in which the frequency was increased linearly from 5 to 200 Hz.

After correcting the CO2 flux from the instrumental response, our data shows a temporary and drastic (up to two-fold) increase in CO2 flux during seismic vibrations, before it returns to the initial constant flux (Fig. 2).

The correlation between the flux observations and the force amplitude at the source indicates that the flux responds quasi instantaneously to the vibrations, and thus confirms the surficial origin of the extra gas. We interpret the transient CO2 flux variations as a result of fluidization of the surficial granular layer, which releases the stored gas (Fig. 3). The observed decrease in the maximum CO2 flux amplitude during the second and third vibration series compared to the first series, indicates that the volume of CO2 involved during the sequence is however limited.

Figure 3.  Vibrofluidization of a granular packing submitted to vertical vibrations.

This short-term enhancement of diffuse CO2 degassing during earthquakes may represent an important amount of gas released in volcanic area, which has to be considered by local authorities for risk assessment.